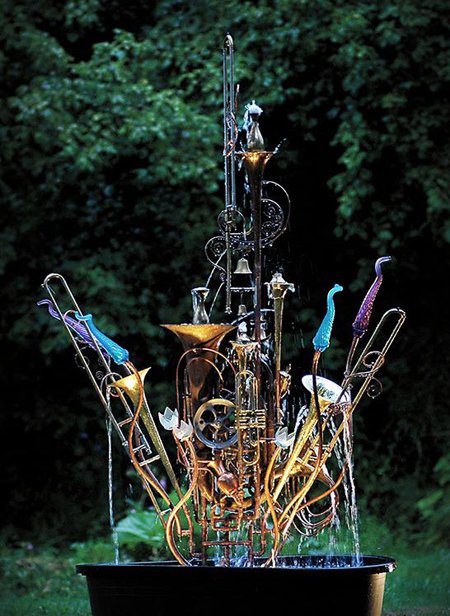 This essay is in response to this statement by a colleague in the liturgical music community: “Music either has value or it doesn’t. I have spent my life in the belief that music is an art. It has value and should not be trivialized.”

What is being addressed very little in this discussion is the basic presupposition that music can be owned and regulated and that there are those who count themselves entitled to arbitrate its propriety and quality. Tom Benjamin said a few days ago that the idea of music as “art” is “a 19th-century conceit,” and “conceit” is exactly the word that needed to be chosen.

The fact is that there have been billions of people over countless generations before this configuration of people on this planet. They have beaten on rocks and membranes, and they have hummed and chanted and blown in tubes and plucked on strands. They have never heard of the concept of “art,” and they have never had any need to judge the “value” of the sounds they’ve produced… and they don’t give a rat’s tailbone about western notions of excellence. Yet they embody and own every vibration that they have ever created.

Music is certainly an “art” when it is practiced as such. I spent all of yesterday morning re-crafting a song that I’d written over a decade and a half ago, and I was certainly practicing my “art” while I was doing that. I know that I am an artist at heart; music is simply one of the expressions thereof. Music is art when it is art, but music is more than art, also.

In the end, as at the beginning, music is a progression of vibrations. It is an accident of physics that is just as available to those who want to use it as a tool for mind-manipulation in grocery stores as it is to those who want to use it to “elevate” the spirit (which is also a function of manipulation, and to deny this fact is just plain naive) in a liturgy in a cathedral.

“Value” is entirely subjective and cannot be controlled. It is consummately untrue to say absolutely, “Either music has value or it doesn’t.” “Value” is a continuum, not a pole, and it can be commercial and sentimental as well as artistic. I charge that those who would make music’s “value” a black-and-white issue have commodified it just as surely as the purveyors of Muzak have done.

Ye gods and goddesses! There is plenty of music to go around. Barring medical circumstances or something, it depletes no musician’s stores of music to add a little sonic diversion to time that is going pass in a worship service be there ordered vibrations happening in the background or not.

The kind of mindset that says that music can’t serve a mundane purpose because it is “art” is very similar to the mindset of the corporation president who wouldn’t be caught dead getting his or her own coffee because it’s beneath him or her. Those who wish to maintain such a mindset are, of course, free souls, and welcome to whatever mindset they like. But it is unbecoming to be so disingenuous as to say that it’s about “art” when it’s really about the fact that one didn’t spend all these years perfecting technique just to noodle some forgettable ditty while the collection plate is going around.

There are plenty of good reasons not to provide music during the announcements or the collection or other “down-times” in a worship service. There are plenty of good reasons to want to present only music that will be noticed and appreciated undistractedly, but community worship is for meeting the sundry and complex needs of those gathered, not for the vanity of us musicians.

There’s no accounting for or controlling people’s taste, which is what this ongoing rant about “trivialization” is an attempt to do. Music has value for whom it has value.

If we’re going to be haughty, it is well for us at least to get honest about it.

adapted from a letter drafted for the e-list of the Unitarian
Universalist Musicians Network, January 2001

Khrysso Heart LeFey
The Gift of Discipline, Revisited
Khrysso’s Thoughts On Changing the Words to Songs